As dog owners, we accept that our best friends make a mess a couple of times a day. We don’t hold it against them, but we do need to pick it up for them.

Each dog produces about 3/4 pounds per day. It isn’t biodegradable, and it doesn’t act as fertilizer. Dog diets are more similar to human diets than to those of wild or farm animals, meaning that leaving your dog’s waste out on the street, in the park, or even in your yard is just like leaving raw sewage out in public. Not only is it smelly and gross to see or step in, dog poop also causes very real public and environmental health risks. As the feces break down with rain and snow melt, poop particles flow untreated into storm drains and streams, ending up in our waterbodies and rivers.  One gram of dog waste can contain 23 million fecal bacteria, and spread giardia, salmonella, and parasites to other pets and humans as well.

OF DOG WASTE PER DAY 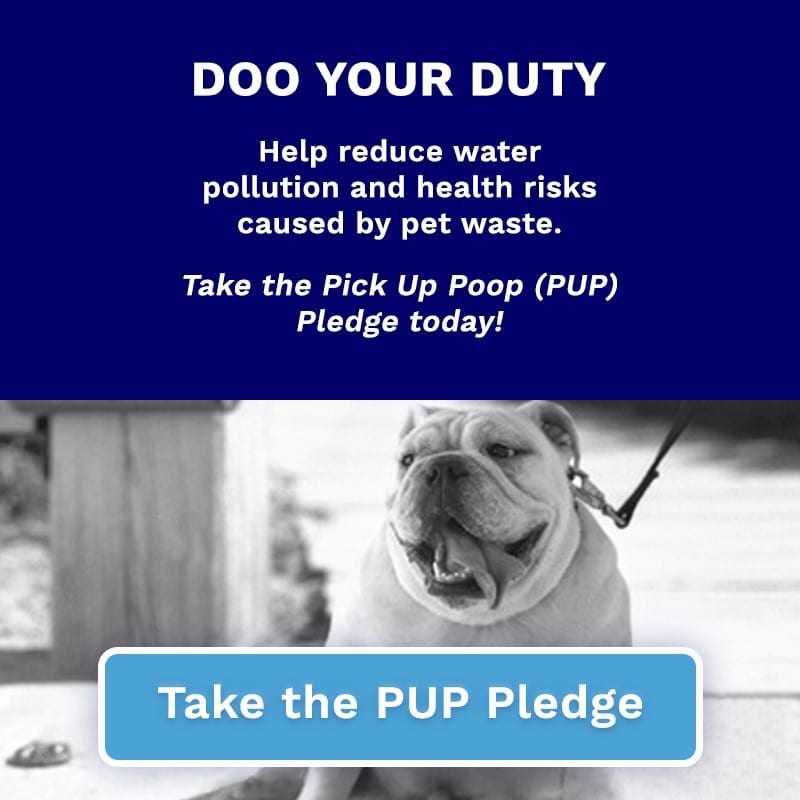 Who is taking the PuP Pledge?

Do the Right Thing

Throwing dog waste bags into the street drain is not proper disposal.  Waters from these drains lead to nearby rivers and streams.  Bags filled with feces not only contaminate nearby waters, but they can clog drains as well. In order to cut down on pollution and health risks caused by excessive pet waste, you can: 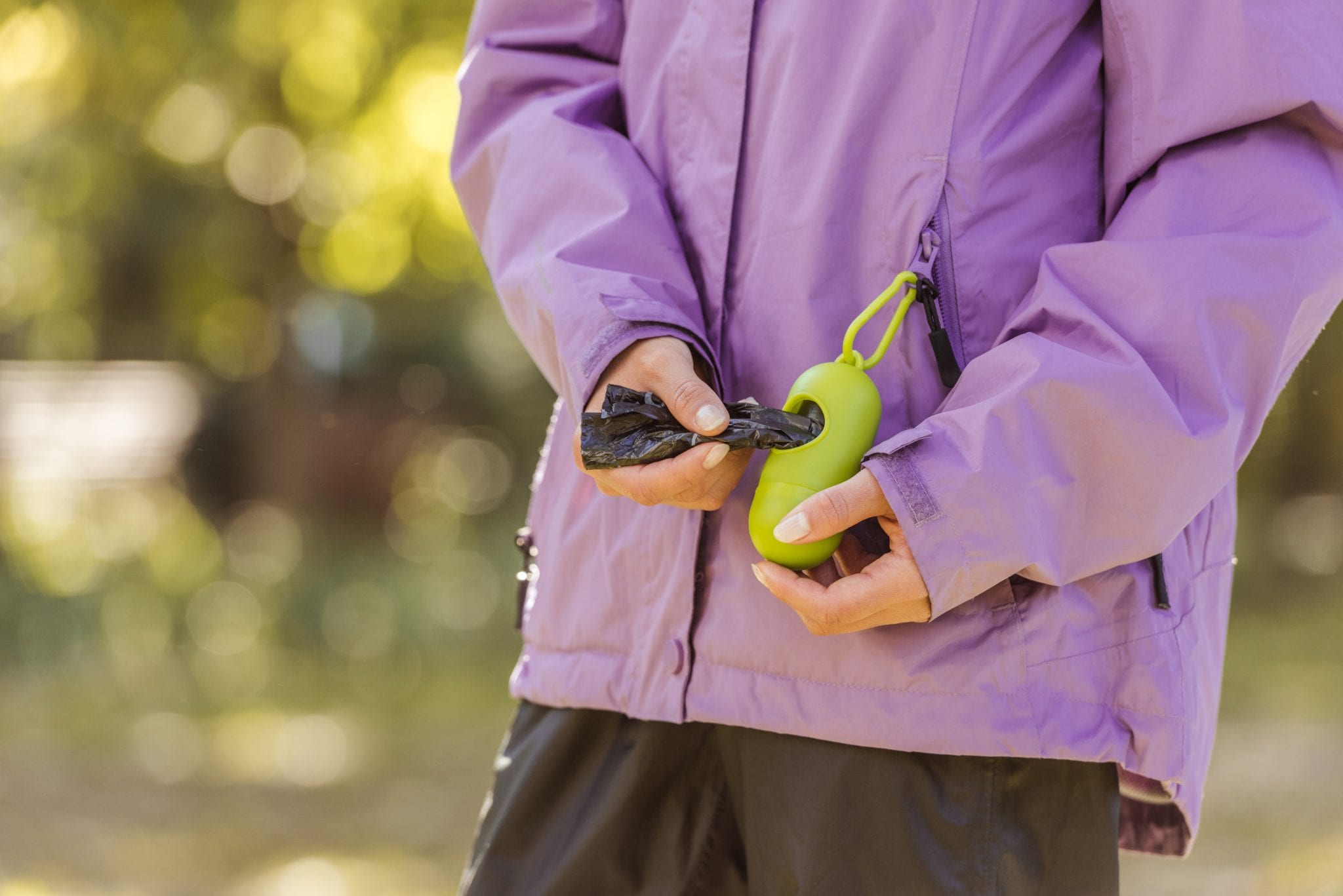 Remember to grab a bag when you grab a leash! Store bags in your car, your coat pocket, and your purse or backpack. Always keep a bag tied around your leash loop, or buy a poop bag dispenser and clip it to your leash to have access to a whole roll. It will be easiest for you to clean up after your dog if you always have a bag available. 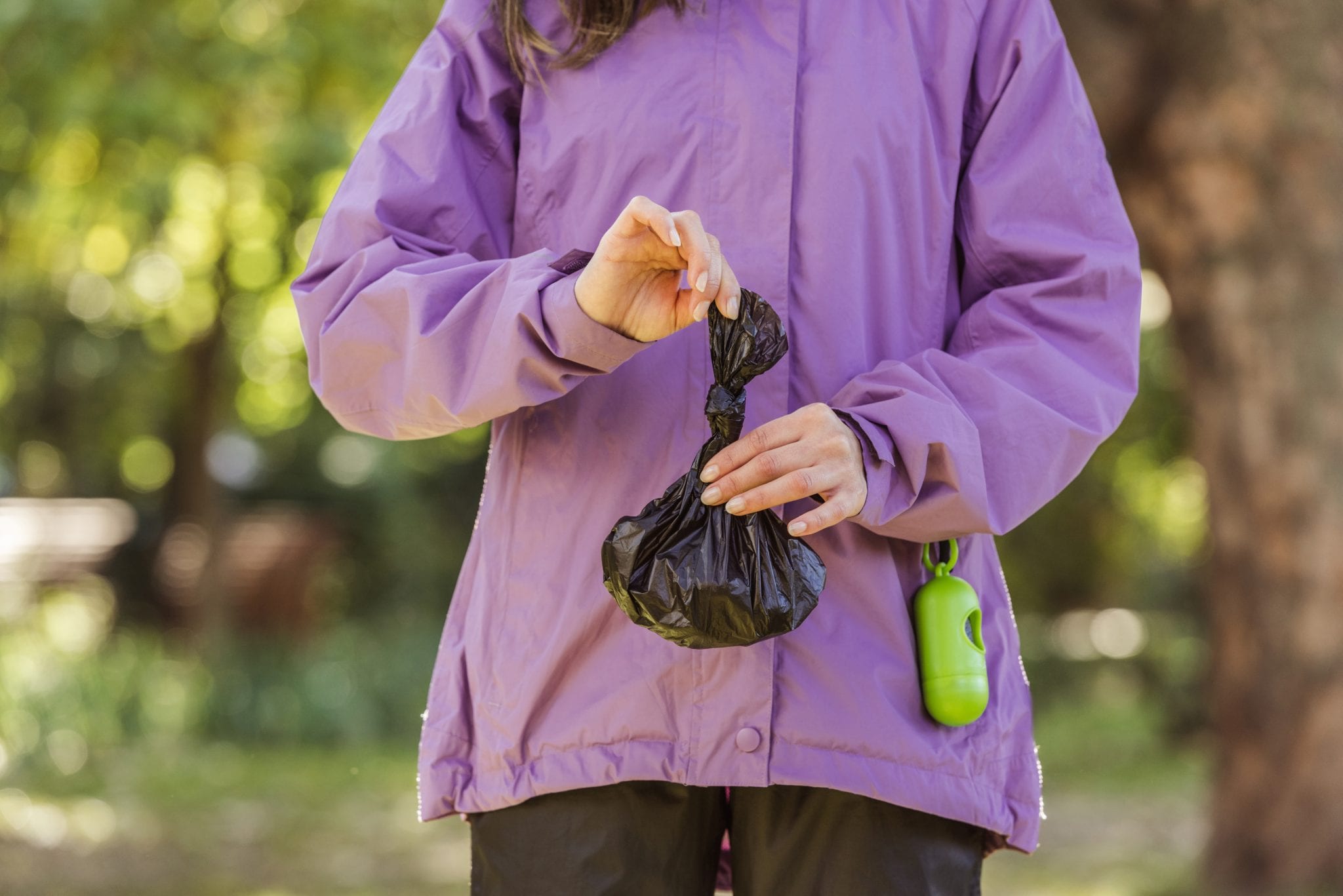 This is as true as for when you are taking your dog on a hike or letting him loose in your fenced in yard. Anywhere you go with your pooch, remember to pick up his poop. 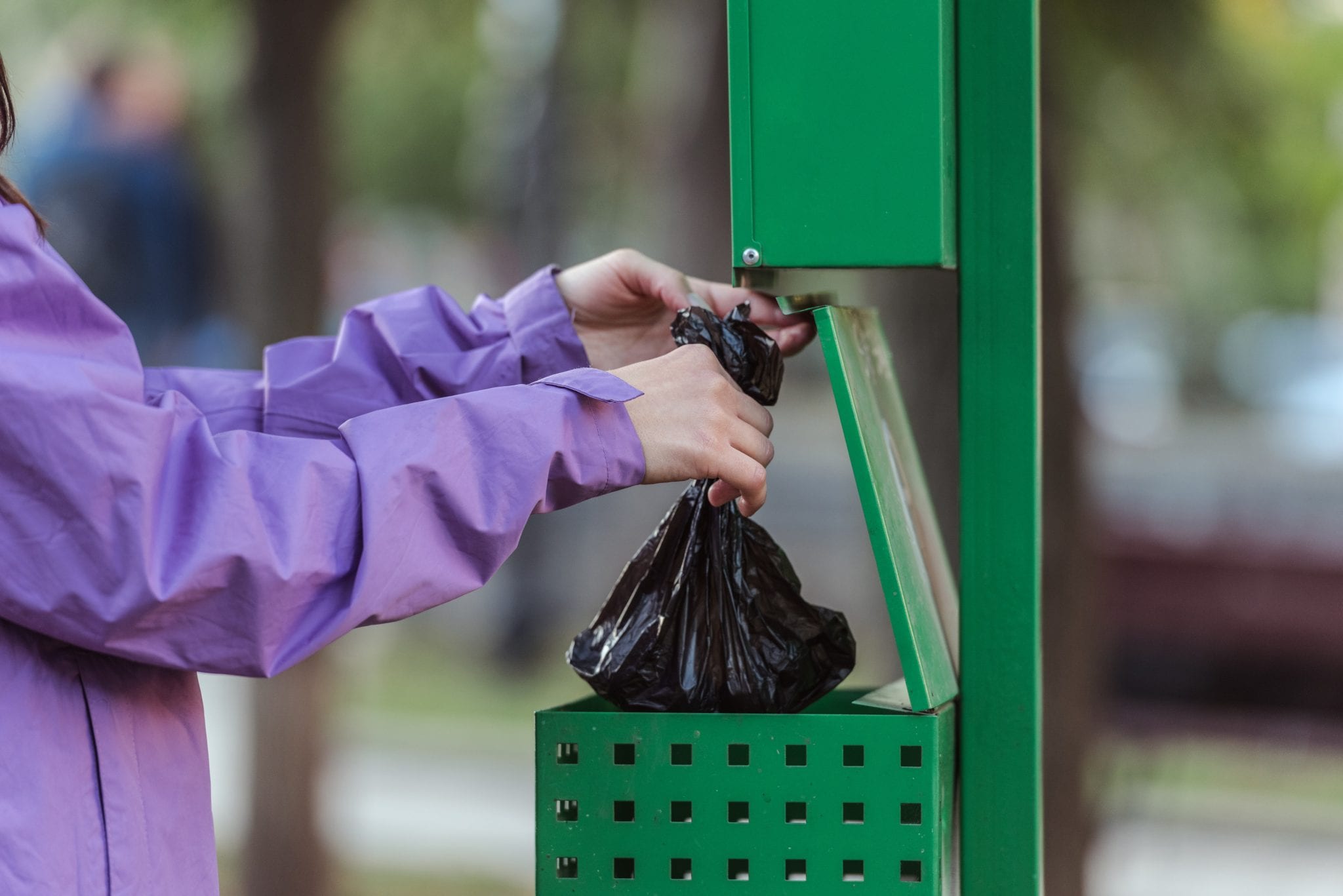 Make sure to properly dispose of your pet’s waste. Either throw the bag into the closest trash can or toss the poop in the toilet (without the bag) when you get home and flush.  This may mean picking up poop mid-walk and having to carry it. Your neighbors and your community will thank you.